Behind the Badge edition 3

The men and women who wear a badge made a courageous decision to dedicate their lives protecting people in their community.

Behind every badge is a human being, just like me and you. A real person with emotions, feelings, families, likes, dislikes and even their very own flaws. All too often, society seems to forget that.

A small, but growing, part of the public sees law enforcement officers as just a badge, a uniform, a superhuman, and unfortunately sometimes an enemy. A big reason for this... influence from movies and media. Most civilians have very little knowledge of what a police officer actually does on the job.

While I don't know everything that happens on the job, I can tell you that most of them have seen unimaginable things, things that no human being should ever have to see. They sweat, bleed, and even cry for people that they don't even know. They wear a badge to serve a public that at times can appear thankless and ungrateful. Despite that, they still answer every call for help.

My purpose in this post is to remind you that these police officers are not just a badge or a uniform. They are not superhumans. They are just regular people that go above and beyond to keep peace in our community. They are your neighbors and friends.

I ask that you please take the time to say thank you. Honor those brave selfless individuals. For those who dedicate their lives to protecting you. 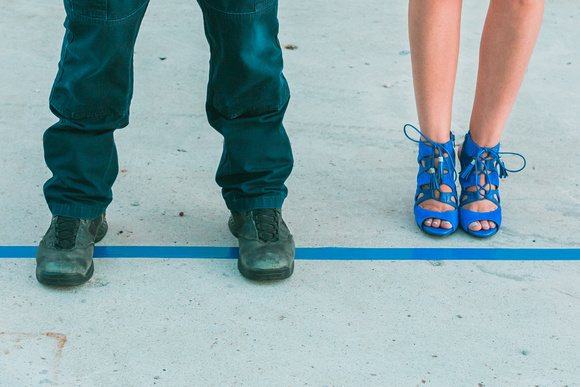 I never thought the police car I would pass and frantically look at in my rear view mirror (to see if it would turn around because I was speeding) would make me feel relief when I see it in my driveway. I grew up with a Correctional Officer as a father and an Illinois State Trooper as a neighbor. It never crossed my mind that my future husband would also be involved in law enforcement.

I met Bryan when I was 20 years old and he was attending college in the law enforcement program. After graduation he was lucky enough to be hired by the Marion Police Department where he has excelled in such a short amount of time. He is a Field Training Officer and part of the Emergency Response Team. Officers face countless obstacles throughout their careers and Bryan is no exception. He has already faced a great deal in his first 6 years on the job. I constantly worry about him when he is working. When my phone rings in the middle of the night I don’t know if he’s calling to tell me there is a hostage situation or telling me he is staying over because someone called in sick. Those middle of the night phone calls always make my stomach drop. So many scenarios run through my head from the time I hear the ring to when I say hello. An LEO’s job never ends just because their shift is over. They have court, classes, training, and special events in the city that they are mandated to work.

Thanks to the media, some citizens have a negative opinion towards police officers. Due to our conflicting schedules, Bryan and I will occasionally meet for dinner on his break. There are certain places he refuses to go to in uniform due to the employees that work there. He is constantly scanning the room and never sits with his back to the door.  I am very proud of my man in blue. We wish we could be more vocal about his career without public ridicule. Since becoming a police wife, I have become more observant of stories in the news. It is so easy for people to blame the police officer and feel sorry for the criminal. People do not want to think about what was going through the officer’s mind. They are quick to say “well I would have done this,” or “I would have done that,” when in reality they have no idea what they would do. They don’t have the training and knowledge that these officers have. Some people think that cops are out to get them and they don’t have feelings, when in reality they have a job to do and want to make it home safely to their families.

I am very thankful for the police family I have. I know I can trust the other officers to have my officer’s back. They are all friends outside of work and I know I can depend on any one of them along with their significant others. If one day we choose to have children, I know some of their best friends will be fellow “police kids”. I have become very close with some of the other wives and girlfriends. It is great to have someone to talk to that knows what you are going through and can relate on a more personal level. I will always stand behind the blue line and support the men and women in blue. - Kellee DeMattei 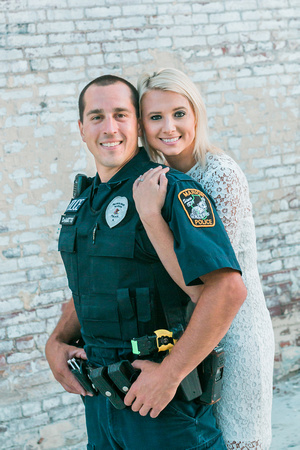 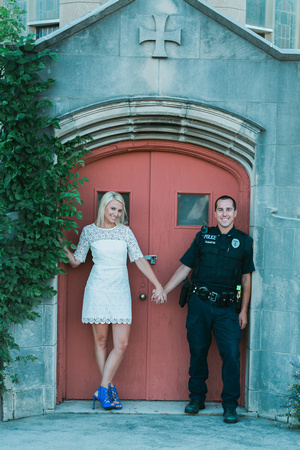 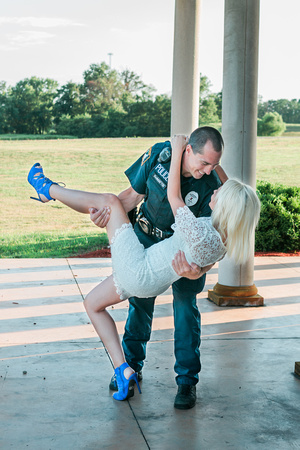 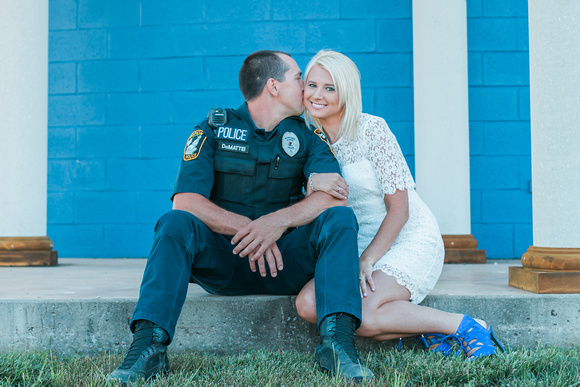 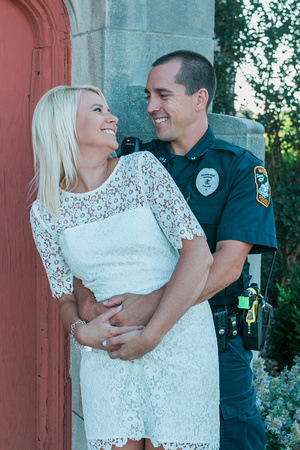 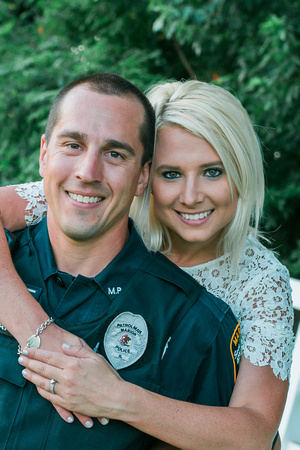 Cheryl Ruggles(non-registered)
So well written Kellee! I shed a few tears knowing how scary it must be for you everyday, and also how proud you are of Bryan. We take so much for granted.Thank you for your service! Thinking of all of you and your families especially during this time in our country.
Pam Schaeffer(non-registered)
Wonderfully written .. With love! Beautiful couple !
Michelle Germann(non-registered)
What a wonderful young couple! You're brave to live with such fear and it is very admiral you do it with such pride. The pictures are beautiful and the article so very well said. Thank you for sharing both with all of us!
Karen Eckert Bahr(non-registered)
This is amazing, and well thought out. Thanks for your heartfelt perspective, it was thought provoking, and somethings ALL of us should think about! God bless you both, and thanks, Bryan for your service! Thanks Kellee for your support!
Connie Parker(non-registered)
Kellee well written and so glad Bryan has a GREAT woman behind him! And thanks for all you do Bryan.
No comments posted.
Loading...